I would like to talk about this test realm: Tag Game! The test realm is here, online now!   Here is the link: Test Realm: Update Notes! I typed the red which I added more info, just scroll down of this page, if you think you need to read, go ahead. =) 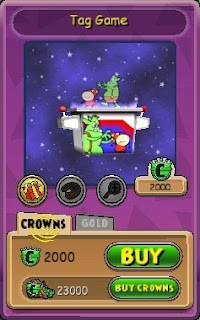 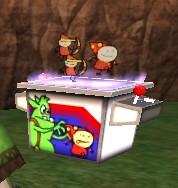 There are two games in there, you choose: Tag Game or Wildfire game.

Tag game is more like you are it, then you touch someone as it.  More like pass around if you see anyone in a house.  The game won't be over until someone decide to stop the game.

Wildfire game is more like one person is it but once touch, you become elf. You spread friend to friend until one person is last to be not touch is winner.  The game is over after last person winning.

Today we played for about 2 or 3 hours at Bailey Skystaff's sun palace, seriously, I lost time track. LOL!  I am tell you that game with players was so much fun when we play this game tag/wildfire.  I am sure that we will looking forward for this game which won't release to live until later this year.  That so sad but we can't wait.  LOL!  Anyway, I think this is worth the fun if you are boring.  If you done with everything like badges hunting, quests and etc, you are boring, why not play this game for fun?  Hmm...... Who know?   I will believe that if I do that, I may not finish my quests or wizards.  Hee hee hee.......

Like Kingsisle said this won't be live until later this year.  I think but I don't want jump the conclusion.  I think  there is a possible to have more games in future, who know?  If you think same as I think, what games do you think we will see in future?  Suggests, comments or anything but bad words, please, thank you.

If it will release to live, I am sure we will have game, maybe every friday or saturday evening/night.  If not good timing, maybe suggest in comments so we can get ideas about schedules in future.  I wonder if we have the website of calender for everyone who can join for tag/wildfire game or more games.

I think it is so worth our times and social.  I better get start my decoration as soon I can. =)  Oh, by the way, if you planning to have teleporter in house to house, the game won't working for groups.  If you planning to have elf pets, it get so confused for which pets and which players.  If you planning to have decorations like forest or jungle theme, that will be awesome, as long as we don't get stuck.  I like that ideas in Sun Palace that has great plants to hiding if they have house items as bigger, or tall than players height.  Here is the picture I took while I hiding. 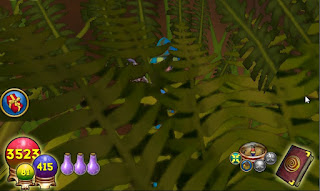 I think of wildfire game, maybe the rule, but don't have to read this.  I think of person who will volunteer to be it. If Wizard101 can add timer for everyone to have time to hiding like one minute or have it (elf) touch game, have timer show up say one minute until countdown to zero.  Then one minute is up, that person as it and looking for anyone who not be elf yet until last person winning.  I think of port to friends that not support to be in.  I think of like block port, once the game is start. When last person win, the game is over, unblock port or something.   I feel like it is not fair when you port to someone to be elf, then game is over.  I just thought about that part until port block/unblock during game time.  If you don't like that ideas, I understand that.  ;)

Oh, I forgot about houses to houses or from dorm to houses with teleporters, it won't works for tag games since we tried and test them out.  Nope.  One game per one house, that's it!  I been thinking about sun palace that has very huge place to hiding and play as tag games.  But we need plants like so huge more than our wizards heights.  Wizard101, will you do that asap?  Please, pretty please?  ;-)


For you, if you think of maze or something like forest like red leaf tree or whatever you think you can set for tag games, please share with us.  I will love to have ideas and share with everyone.  But remember, big house will be better if you have lot friends to come for fun or party or event or whatever.


Wizard101, I wonder if there is a possible to have huge (no pvp arena?) maze house for bundle gift card.  I know that will be so complex to figure out to set maze like fun house or something.

I would say this game is worth our fun and social!  =)

I wish you Good Luck with Spirals!

Posted by Diana Wildheart at 10:17 PM

Which is the best page for my project for W101 Players?

Visit Diary of a Wizard ConnectX